Clive VanderBurgh has had many titles – producer, director, teacher, performer, but it is music that brings him the most joy.
That’s why he is celebrating his 70th birthday with a concert, a revue of his 50 years in radio and television. He’s calling it The Last Aha, an audio-biography celebrating Clive’s 50 years in showbiz.
“I don’t have a bucket list, there is nowhere I really want to go. I’ve been so lucky and I’ve loved writing songs so this is something I’d like to do,” said VanderBurgh. “There is no greater joy than sitting down and playing the piano, writing lyrics. That discovery of words and music together.”
On June 23, he will be performing 15 songs, some from his folk life, some from his pop life and some from his children’s catalogue.
VanderBurgh worked for 20 years at TV Ontario where he created, produced, directed and wrote the music for shows including Cucumber, Math Patrol, Math Makers, Today’s Special, Roots and Wings and McCabe Mysteries. He also produced, directed and wrote many segments for CBC Sesame Street and his children’s album made with the cast of Today’s special was Juno nominated.
VanderBurgh will say that he has been at the right place at the right time and has had a lot of luck in his career but admits hard work has also contributed to his success.
After high school, he enrolled in a general arts program at University of Toronto. The day after arriving he went to the CBC building to drop off a resumé. VanderBurgh said the CBC just happened to be looking for young talent for a program they were doing.
Having graduated from the Royal Conservatory of Music (and with the Queen’s Scout award) his resumé made it through to the talent director. He was one of 500 youth to audition, 30 who were selected to receive professional performance training and was one of 12 to make the cut to perform on the Miss Teen Canada pageant on CBC.
“Despite my acting and dancing, I have danced on network television,” said VanderBurgh in his self-deprecating manner.
He was then hired on at CBC to do a network radio show called Alarm Clock, along with future Growing Pains star Allan Thick. Still at university, VanderBurgh said he chose courses that he could sandwich in around his rehearsal schedule.
But then he had an epiphany one night. He recognized that he didn’t really want to act, he wanted to produce and direct so he enrolled at Syracuse University to do a masters in science and television.
After graduation, he began working for the newly formed TVO, then called the Ontario Educational Communications Authority, where he said he went from hole punching scripts to directing in a surprisingly short period of time.
He went on to have a successful career in television and later taught at Ryerson’s school of radio and television. VanderBurgh has also recorded a number of albums, Crazy Old Man, Damned with Faint Praise, Follow Your Heart, Nashville Sessions, and most recently, Hair Between His Toes.
The Last Aha – Clive VanderBurgh in Concert will be at Simcoe Street Theatre, 65 Simcoe Street, Collingwood, on Sunday, June 23. Doors open at 1:30 p.m. and the show starts at 2 p.m. Tickets cost $20, with proceeds going to My Friend’s House.
Tickets are available online at www.ticketscene.ca/events/24383/ and at the Creemore Echo, 3 Caroline St. W. 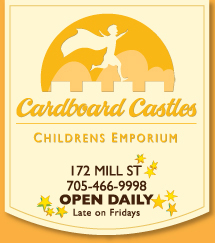