Creemore baseball 11U selects off to a strong start

The Creemore 11U Select baseball team has started their season with five consecutive wins.
After having the start of the season delayed due to the pandemic, they finally got on the field at Gowan Park for a doubleheader against Midland on July 11. For most players on the team this would be their first baseball game since August 2019.
There did not appear to be much rust as the first batter, Tait Broad, singled and scored and Creemore would go on to win that game 17-6. Ben Clouthier would hit the first of his two home runs this season. Evan Wells started on the mound and struck out five batters over two innings without giving up a run.
Creemore won the second game by a score of 12-8 with a team effort consisting of ten different players scoring runs and six pitchers making their pitching debuts.
On July 18 the team travelled to Markham for the second doubleheader of the season. Once again they got off to a fast start scoring four runs on five hits in the first inning. Creemore would win the first game 17-3.
Hayden Goodfellow-Oster was two for two with a walk and finished off the game by pitching an inning and a third and striking out two batters. In Game 2 Keenan Reynolds led the way with three hits, three runs and four stolen bases. Creemore won game two 16-3.
Game five of the season on July 20 was against Barrie, the toughest competition the team would see so far. After falling behind 2-0 in the top of the first with some poor defensive play, Creemore would tie it up in the bottom of the first when Reece Fuller singled with the bases loaded and two out to score two runs and tie the game. Creemore took the lead in the bottom of the second and would eventually win 11-2. Creemore pitching was dominant, striking out 13 while walking only two batters and gave up just two hits.
The Creemore 11U Selects have entered August Madness, Baseball Ontario’s championship tournament, which begins July 30.
The team will be competing with other select teams from across the province in two rounds of pool play. Creemore has been placed in an opening round pool with Brampton, Sault St. Marie and Sudbury.
Come cheer on the players on August 8 at 10 a.m. when they play Brampton at Gowan Park. 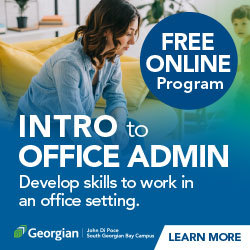