Culture and Sports Hall of Fame inductees for both 2019 and 2021 and supporters gathered June 14 for a dinner and awards ceremony at the Stayner Community Centre, where he newly renovated entranceway will serve as the permanent home of the Hall of Fame, showcasing the winners on plaques and interactive display.

In 2019, at the age of 21, Sarah Harris stepped up to be head coach of the New Lowell Minor Baseball Junior Rookie Team. Without a certified coach the team was at risk of folding. She devoted countless hours on and off the field teaching the players aged 6-8 the skills of the game, promoting self-esteem, developing social skills, and game preparation. Harris continues to be an active member of the local executive.

Paul Crevier is recognized for his achievement in curling, and a dedicated member of the Creemore Curling Club since 1979. He went on to become the head ice technician and has been involved in the installation and maintenance of the ice for the past 40 years. He has skipped many teams at home and at various bonspiels throughout the province, and at the Quebec International Bonspiel, where he was awarded the Honour of Merit Award for his promotion of the sport and was invited to serve as president. Crevier is a Level 1 coach, has served as president of the board of directors, and is a keen ambassador for the sport of curling.

Larry Sinclair is recognized posthumously for his dedication and advancement of cross country skiing. Sinclair and his team built Highlands Nordic into to premier ski facility that it is today, and host to provincial, national and world level races. From his early days on the track while at Collingwood Collegiate Institute and University of Guelph, Sinclair led his teams to victory. He was a wax technician for the Canadian team at the 1988 Winter Olympics in Calgary and coached the Guelph team at the World University Games in 1989. He was the longtime coach of the Ontario and South Ontario Nordic ski teams and the recipient of the Heinz Niederhauser Coaching Award from Cross Country Ontario.

Mary Enrico became a GTHS volunteer in 2013 and has donated 1705 hours to the organization, averaging 568 hours a year. She volunteers as the assistant manager at Treasure Tails and leads by example for many store operations including interacting with customers, developing relationships with local businesses, handling all sales transactions, and promoting the awareness of GTHS. She also implemented new initiatives such Ladies Night and Seniors Day, which were new “out of the box” thinking to help Treasure Tails.

Brandon Ward has been the chair for the Cystic Fibrosis (CF) fundraising and community education for the Stayner and District Kinsmen Club and has been a club member for eight years. He has organized the annual toll booth and CF gala which has grown over the years. Alongside with fellow Kin Club members, Brandon has helped to organize the Stayner Duck Races, lead the toy drive and gives his time passionately to supporting initiatives in Clearview.

Copper Kettle Festival, hosted by Creemore Springs Brewery, celebrated 19 years in 2019. The one-day festival not only celebrates beer, but also the village and the people of Creemore. From humble beginnings with a barbecue and a banjo, this Festival has grown to an award-winning Top 100 Festival in Ontario. Attracting upwards to 8000 people, the village of Creemore comes alive with a makers’ market, classic car show, live music, food and of course, beer.

In the mid-1970s Paul “Siv” Carruthers began coaching his son, Glenn “Pork” Carruthers (pitcher and infielder) and his friends’ baseball team. As the boys began to mature as athletes, the core group played together for more than eight seasons and won five provincial championships at five different levels. These young boys grew into men during those eight seasons representing Stayner and the region as one of the best teams in the province. They had a lot of fun doing it and adopted colourful nicknames including Steve “Stork” Pilkey (second baseman), Tim “Noodle” Newlove (pitcher and infielder), Tom “Bo” Scott (first baseman), Scott “Mooman” Johnson (outfielder), Tim “Tee” Dickey (centre fielder), and Rick “Hound” Walker (shortstop and pitcher).

Earl Wilson has been a competitive athlete since his early teens. Born and raised in Collingwood, Wilson has lived in Clearview Township for many years. In his sports career, Wilson gravitated towards power sports and settled on Arm Wrestling. He has travelled the world competing in arm wrestling and benchpress competitions. Since 1995, he has won 14 golds, four silvers, and two bronze medals. In addition to these World Championship wins, Wislon is a highly decorated Canadian and Provincial champion. When active in arm wrestling, he was also an advocate and local proponent of the sport of arm wrestling. Wilson has been inducted into the Collingwood Sports Hall of Fame and Canadian Arm Wrestling Federation Hall of Fame.

Grant Casbourne is recognized for his unwavering support, involvement and dedication to New Lowell Minor Baseball. Since 2005, he has coached several teams, created a Peewee Select team, built and improved infrastructure. He sought avenues forfundraising to keep registration costs affordable and pay for new equipment. Casbourne was president of New Lowell Minor Baseball from 2010-2017 and continued on as treasurer until 2020. He also served as second vice president of South Simcoe Minor Baseball Association.

Valerie Hughes is a long time Clearview resident, who was raised in Singhampton. She has lived in Stayner for more than 15 years. Hughes has worked hard as a volunteer to significantly sustain and improve Minor Hockey in Clearview Township. This has contributed to the quality of life for youth in the community through sport. She has served on the Stayner Minor Hockey executive, and most recently the newly amalgamated Clearview Minor Hockey executive liaising with other Georgian Bay hockey centers and OMHA representatives.

The Canada Day Social Distance Celebration was a collaboration between the Clearview Chamber of Commerce, the Creemore BIA, Clearview Township, and the Clearview Libraries and offered a way to bring the community together to celebrate Canada Day is a safe manner. Activities included a red- and-white farmers’ market, a window decorating contest, games, activities and giveaways.

Sara Sniderhan is one of Canada’s premier portrait painters. She has received an Award of Excellence from the Portrait Society of America and was a finalist for the Kingston Prize for Portraiture. Her portrait of Canadian actor Enrico Colantoni is housed in the permanent of the Portrait Gallery of Canada. Sinderhan studied classical drawing with British painter Michael John Angel and life painting with American master Jeremy Lipking. For five years she taught drawing andpainting at the Ontario College of Art and Design University in Toronto. She was awarded a Laurel from the Toronto Star for her work in community arts across the Greater Toronto Area. Sniderhan has had the honour of painting hundreds of faces including CEOs, actress Sandra Oh, writer Thomas King and Indie Rock darling Hayden Desser. From her Creemore studio she is currently working on a public portrait of Chancellor Grit McCreath for the University of Saskatchewan. Sniderhan founded the Creemore Community Arts Program in 2018 and was the creator ofThe Village and I: Ten Life Stories in 2015 containing the life stories and portraits of ten local residents.

Jess Bowman has been a continuous, active member in Clearview Township since 2015, contributing through music by bringing together individuals allowing them to bond. Music brings comfort and joy to many people. It puts a smile on your face and that’s exactly what Bowman does with her music. She first played at the New Lowell snowmobile dance in 2015 and since then, she has played at the farmers’ market, community garden harvest dinner, the Small Halls Festival and many other events. She puts her home-time first and is passionate and dedicated to sharing her music not only in Clearview but across the region. 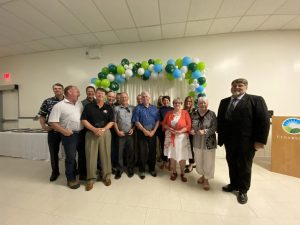 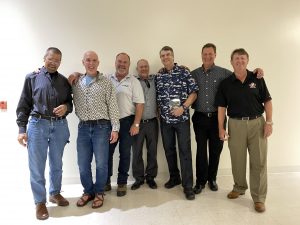