A special edition of The Creemore Star in 1937 had this to say about the Hisey family: “It has been said that the Hiseys made Creemore and this statement is not much wide of the mark. They had the confidence of the farmers and as every farmer delivered his produce with team and wagon there was a large number of farmers in Creemore every day. This meant business for the stores, banks, etc. And everyone prospered.”
The words from a boy who attended school in Creemore around 1900 describes how busy downtown could be. “At noontime the Matchett and Leonard hotels were jammed with hungry teamsters filling the dining rooms and many more lined up in the hallways waiting their turn at a full course meal priced at twenty-five cents. The hotel barns and sheds are packed with teams of horses munching their hay and oats and the yards are so full of vehicles that it is difficult to get around them. This is a scene I can see twice a week, and we youngsters consider it quite an adventure to spend noon hours amidst all the stir and commotion of a busy shipping day. School is not far away and we can get back in time after the first bell.”
The cause of all this commotion was the Hisey establishment run by brothers, Jake and Sam. The Hisey family had its first start in business in 1880 when Mr. Hisey, Sr. opened a butcher shop in Gowans’ Hotel. In 1885 the Hiseys sent out their first shipment  of hogs and in the years to follow shipped cattle and lambs as well. Five years later in 1890 they got in the potato business and in 1905 built a large cold storage building with apple storage above and potato storage below. One year they handled 20,000 barrels of apples. Every need of the local people seemed to be attended to as they sold cement, coal and building materials. In 1900, a large elevator was built to attend to the buying and selling of grain. Following the advent of hydro electric power in Creemore Hiseys put in a large chopping plant.
A shining monument to the Hiseys was the office built on Mill Street in 1901. It was described in the newspaper as “18 feet by 36 feet, brick, two stories, Palladian windows, cornice of galvanized iron, office is white pine and cherry, porcelain fireplace, desk had 40 compartments, telephone, cashiers cage in west, vault has wall two feet thick, repeating rifle is trained on door in bedroom of the cashier upstairs, ceiling is metallic and light blue, heat is from a hot water heater. Today this is where we find the 100 Mile Store. If you visit the store today you will see the walls of the vault are not two feet wide but eight inches.
Sam Hisey moved to Toronto in 1912 to get involved in the potato business. In 1924, Jake Hisey died having been in poor health for some time. Perhaps because of the work load he succumbed to illness. At the beginning of 1924 he mutually dissolved the partnership he had with his brother and took over complete control of the business. At the same time, at the request of many, he put his name up for council.
His obituary remembers him as a “great hometown booster, an enthusiastic sportsman, a leader in several social activities, a lover of flowers and a leading figure in the Horticultural Society. His beautiful home, at the corner of Mill and Johnston Streets, was one of Creemore’s beauty spots.
During the summer of 1924 the business changed hands. It was sold to Bert Shepherd and Son of Grimsby. The newspaper reported, “the transaction involved the entire plant, consisting of elevator, chopping plant, sheds, pens, fruit warehouse, potato building, livestock shed, scales and equipment, also the fine flour and seed store on Mill Street.” 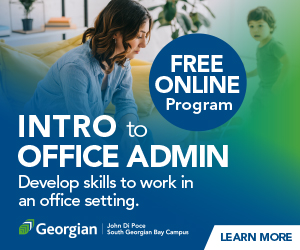