The Escarpment Corridor Alliance, a new advocacy group, officially launched Tuesday with the goal of protecting key outdoor destinations along the escarpment from development and forming natural corridors.

The group hopes to lobby government and persuade developers to protect certain swaths of land to create corridors from Devil’s Glen through Blue Mountain to Georgian Peaks and from Beaver Valley to Castle Glen. Their key focus is on Talisman and Castle Glen, due to the timely nature of developments, but their vision includes escarpment areas of Duntroon and Singhampton.

The Alliance says protecting Talisman and Castle Glen is critical to creating a corridor network that would expand on the existing 100+ kms of trails, connecting them with other existing networked publicly accessible trails to create a “legacy loop” to help protect sensitive and threatened Escarpment eco- systems in five critical watersheds: the Mad River, Pretty River, Silver Creek, Beaver River and Batteaux.

The Alliance includes the Bruce Trail Conservancy, Blue Mountain Watershed Trust and Save 91 in its list of partners.

Tom Eisenhauer, The CEO of the organization that led the buyout of the “Mega Quarry” lands in Dufferin County is in charge of developer relations and he said the goal is to not make the issues about NIMBYism but “to have this area and its ecology really recognized for what it is, as a provincially, in not nationally significant environment.”

President Bruce Harbinson the project is not just about human use.

“We believe very, very strongly that the natural corridors for the biodiversity in this area are absolutely critical and that’s why when you take a contiguous corridor like the brow of the escarpment and you sever off 1,530 acres like at Castle Glen that makes no sense to us given what we know today about the importance of the ecosystems and how they work,” he said.

About 150 participants joined the virtual launch, and the group has raised more than $45,000.

The alliance will meet next on March 22. There are volunteer opportunities available. Visit myescarpment.ca. 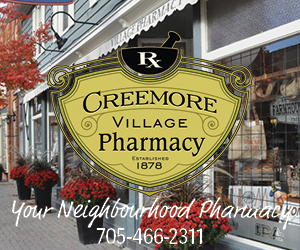