In just under three years, Troy Scott made a strong impression on Creemore.
The Foodland grocer was known for being a generous supporter of many organizations, providing food and supplies for charity barbecues and events.
“There’s a million places to shop so I feel that if I support the community, they’ll support me and they have,” Scott told The Echo in 2017, when he was leaving Creemore to buy the Foodland in Stroud, closer to his hometown of Innisfil.
He started working at the grocery store in Stroud, bagging groceries, when he was 13 years old and worked there for 15 years.
Local media there are reporting that Scott succumbed to COVID-19 on June 28, at the age of 48. CTV reports Scott tested positive for the virus in late May, along with one of his daughters, who also worked at the grocery store.
Scott was admitted to Royal Victoria Regional Health Centre in Barrie for treatment over the May long weekend, and though his daughter recovered, Scott was transferred to Sunnybrook Hospital in Toronto as his condition worsened. 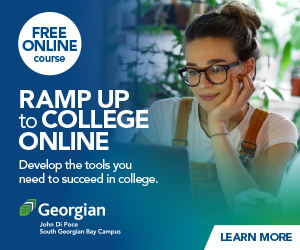